The Public Utilities Commission of Texas is a state agency that operates as a regulator, as well as provides a variety of services and coordination to markets and citizens.

What is the Public Utility Commission of Texas?

The Public Utility Commission of Texas (PUCT) is a regulatory agency in charge of overseeing Texas’s electric, telecommunications, water, and sewer utilities. It exists to

What does the PUCT do?

The PUCT is active in the following areas: 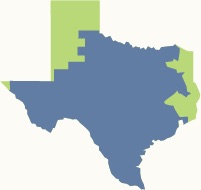 The PUCT has a dual role — for some industries, like water, sewer, and parts of the Texas electricity market, the PUC is in charge of regulating prices and services. This means that in some areas, mainly those outside the ERCOT power grid, the PUCT directly sets prices for services, and must approve any increase in price. Inside of the ERCOT power grid, which serves 90% of the Texas market, PUCT acts as an overseer and coordinator, but prices are market-determined.

Since the late 1990’s, electricity markets have been deregulated for about 23 million Texas consumers, giving them increased competition, choice, and potential savings on their monthly electric bill. The PUC oversees and is working to expand these competitive market structures. It also works to ensure that consumers receive the full benefits of deregulation, and fields and resolves consumer complaints.

The PUC acts as a consumer advocate, both directly intervening on behalf of consumer complaints, and providing information and services such as the following:

Areas not covered by the PUC

The Texas PUC dates back to 1975, when it was created in order to provide statewide regulation of prices for the electricity and telecommunications industries. In the 1980's and 1990's, the Texas PUC's role changed, as it both lost some jurisdiction, and gained new responsibilities. Today, deregulation has meant a slightly different job for the PUCT -- its old work as regulator has merged with market facilitation and advocating for consumers.

Online complaints can be made here