Wind Power in Texas: A Primer

With over 12,000 MW installed capacity in 2014, Texas leads the nation in wind power by far. How did the state known more for its oil production become one of the largest producers of renewable energy in the country? Our primer on wind power explains how the state got to where it is today, and what can be expected for the future.

How Did Texas Become a Wind Powerhouse?

While research into wind power in Texas began in the 1970s, it wasn't until talk of restructuring Texas's electricity markets when wind power began to take off.

The renewable portfolio standard that was part of SB 7 set the target of 2,000 MW of new renewable electrical capacity installed by 2009. This goal was quickly reached, then surpassed, and in 2005 new, even more ambitious targets were set.

Why did wind power take off in Texas?

A few factors can explain the success of the Renewable Portfolio Standard (RPS) in Texas:

As a result of the success of the RPS, the price of electricity generated from wind power dropped considerably in Texas, and it became competitive with new natural gas plants, even at lower gas prices. Capacity reached over 4,000 MW in 2007, and over 10,000 MW by 2010.

State Bill 20, and the Ramping Up of Standards

With Texas quickly reaching and surpassing its initial renewable energy goals, the government decided to set more ambitious goals for renewable energy. State Bill 20, passed in 2005, increased the renewable energy mandate to 5,880 MW installed renewable capacity by 2015, and 10,000 MW by 2025. Both of these goals have been surpassed long before their deadlines.

SB 20 also approved the creation of a Competitive Renewable Energy Zones initiative, a $7 billion transmission line project to connect future wind farms to the ERCOT grid. The over 3,600 miles  transmission lines made it possible to move electricity from the sites of wind generation in western Texas and the Panhandle to the more densely populated areas along the Insterstate-35 corridor, thereby lowering the barriers to entry for new wind generation.

Where is Wind Power in Texas Today? 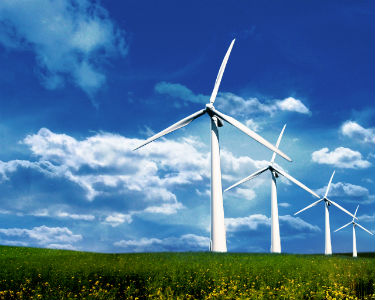 With over 12,400 MW generation capacity installed by the end of the year, wind power accounted for just over 10% of the Texas electricity generation source mix in 2014. According to the American Wind Association, wind power in Texas is responsible for 17,000 direct and indirect jobs.

The rapid development of wind power in Texas is seen to be such a success that several policy makers have called for an end to programs that support wind power development in the state, considering the wind generation market sufficiently well-developed to be able to cope without government assistance. In 2014 Donna Nelson, chairwoman of the Public Utilities Commission, called for a study into whether wind generators should pay more of their transmission costs (which are currently subsidized). A recent bill (Senate Bill 931) introduced in March 2015 by state Senator Troy Fraser, proposed to end the Competitive Renewable Energy Zone project and suggested ending the Renewable Portfolio Standard and with it the REC trading program.

What Directions for the Future?

With the expiration of the federal wind tax credit at the end of 2014, it is likely that further expansion of wind generation projects will slow over the next few years. At the time of writing, in June 2015, the proposed bill to end government support of wind farms had reached Senate but appeared to have stalled. Low natural gas prices (which strongly influence the price of electricity in Texas) could also put a damper on new wind development. Nevertheless, wind power is not likely to be going anywhere soon in Texas, as a source of energy and employment. With water availability becoming a rising issue in Texas, wind's low water impact could bring it back to an even more prominent position in Texas's energy mix.