Has your electricity or gas meter been stolen? Find out here what to do if your meter has been snitched.

Why are meters stolen?

Electric meters contain electronic components which can be sold on the black market. Copper, an expensive metal with high conductivity, is usually present in electricity meters, although in small quantities. Gas meters may contain other parts of scrap metal which could be sold, although probably not at a great profit.

How are meters stolen? 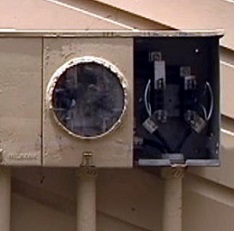 Picture of 2 stolen electricity meters. On the left, only the central part of the meter has been taken, on the right, the whole box has been taken.

Meters are stolen by disconnecting all incoming and outgoing electrical cables (or pipes, for gas meters), and taking the box which contains all the meter parts. It can either be done in a clean manner, if the thief wishes to re-use the meter, or in a sloppy manner, by ripping the meter off the wall, usually for those only wishing to sell the scrap metal of the meter.

How to get your meter back?

First, you must report the meter theft. Call the outages phone number of your utility company, and and report the theft. If you have the meter number, give it to them. If not, your exact address and apartment number will suffice. A technician will be sent to inspect your meter location. If your meter has indeed been stolen, the technician will issue an order to replace it shortly. The delay for your meter to be replaced can vary depending on the utility company.

Other problems related to electricity theft

Without physically having your electricity meter stolen, you can still have electricity stolen from you. The wiring system in or around the meter can be tampered with, in order for surrounding inhabitants to use electricity, which will still be charged to your bill. 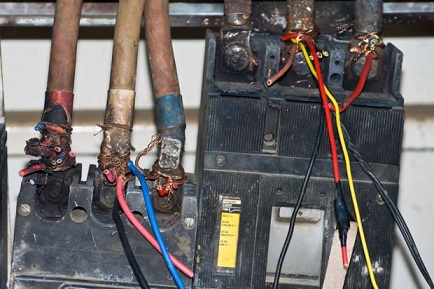