How Did Electricity Deregulation Happen in Texas? 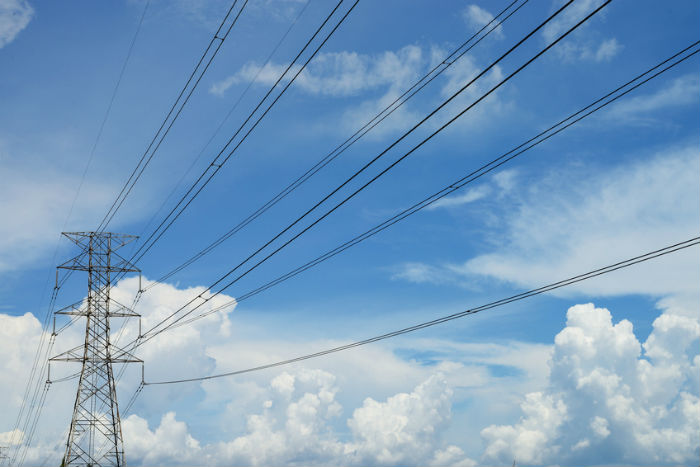 Learn about electricity deregulation in Texas: why did lawmakers pursue deregulation, how did it happen, and what improvements have been made for Texas consumers?

The electricity industry in Texas, and throughout the United States, evolved as a regulated monopoly system, dominated by large, vertically-integrated monopolies, meaning that utility companies were responsible for all steps of electricity service, from generation, to transmission and distribution, to retail sales for customers within their service area. Having one company responsible for all aspects of energy service ensured reliable and safe service at the time, and was also more efficient - after all, it doesn't make sense to have two sets of electricity wires from two competing companies when only a single line is needed to provide service to your home. Similarly, as electricity generation historically came from large, centralized power plants, economies of scale meant that regulated monopolies were the most appropriate model for providing electricity service as it developed in Texas.

However, as Texas evolved, the need for the classic, vertically-integrated monopoly to provide electricity service became less important. What's more, advancements in transmission and generation technology meant that these large monopolies were no longer needed, and less efficient. Many jurisdictions, including Texas, began to realize that the regulated system could be creating unnecessary regulatory costs and stifling innovation. With other large industries such as telecommunications and airlines beginning to be opened to competition in the 1980s, many policy makers began calling for deregulation in energy markets as well.

Deregulation is the process by which legal barriers to economic competition are removed. The idea behind deregulation of energy markets is that it works out as a win-win situation for the consumer and for the state: consumers enjoy better service and prices, as companies must compete to stay in business, and the state saves money from avoiding the costly business of regulation.

How Did it Happen in Texas?

Competition in energy markets in Texas was formally introduced through the Texas Senate Bill 7 on January 1, 2002. This was later than several other states; California was the first to adopt its energy deregulation bill in August of 1996, and several other states shortly followed.

That being said, the deregulation process began in Texas as early as 1978, when Congress enacted the Public Utility Regulatory Policies Act, passed as part of the National Energy Act. This Act sought to promote energy conservation, and began the restructuring of the energy industry by:

This was the first milestone in the separation of production, delivery and supply of energy, which all used to be performed by one single entity, the utility company.

The introduction of Independent Power Producers (IPPs) was the first step in breaking the vertically-integrated utility's monopoly on electricity service, as traditionally only utility companies were permitted to hold power generation assets. This changed with the 1978 Public Utility Regulatory Policies Act, which allowed non-utility power producers to exist and sell electricity to the utilities responsible for power transmission and distribution. The introduction of some competition in electricity generation was intended to encourage more energy-efficient and environmentally-friendly commercial energy production. It also prevented utilities from abusing their monopolistic advantage when purchasing power.

In 1992, Congress adopted the Energy Policy Act which eliminated restrictions on the prices charged for wholesale electricity, and allowed for wholesale energy markets to exist. This was an important milestone in the deregulation process for electricity, as it meant that for the first time there was a market for electricity to be bought and sold. However, at this time only large industrial users were able to take advantage of lower prices from competition.

Then in 1996, the Federal Energy Regulatory Commission issued an order (Order 888) that required that utilities to give full access to their transmission lines to other power companies, in order to facilitate interstate electricity trade.

The 1992 Energy Policy Act and the 1996 Order 888 helped create the necessary conditions to allow for further restructuring and deregulation of electricity markets throughout the US. One by one, several states began to deregulate their electricity industries - starting with California in 1996, and followed by New Hampshire, Rhode Island and Pennsylvania the year after. Meanwhile, Texas lawmakers watched closely, and began to study the possibility of deregulation. Some pilot programs for large power users, including farmers and food processors, began in 1997.

By the late 1990s, even the PUC admitted that electricity rates charged by utilities were too high, and that the electricity industry was not run as efficiently as it could be. In 1999, the Texas Senate passed Senate Bill 7, which formalized the separation of power production, transmission & distribution, and retail sales.​

Electricity market deregulation in Texas didn't happen overnight, but rather happened as a gradual process. When the SB Bill 7 was implemented in 2002, it was decided that electricity rates offered by utility companies were to be kept at a "price to beat". This "price to beat" needed to be sufficiently high so that incoming retail competitors could become competitive without having to face early bankruptcy. Without this price to beat, utility companies could simply decrease their rates until new fragile retail providers went bankrupt. This rate stayed frozen for three years, after which a 6% reduction would be required for residential and small commercial consumers. The price to beat remained in place for a further five years, until utilities lost 40% of their consumers to competition.

Only customers served by these investor-owned utility companies can choose a retail energy provider. This represents 85% of the population of Texas. The rest of Texas, mostly in rural areas (and some cities like Austin and El Paso), is served by other types of utility companies:

How does Deregulation Work?

Texas investor-owned utility companies give customers the freedom to choose an alternative Retail Energy Provider (REP) with the Power to Choose program. How does choice benefit you?

To find out more practical information on how deregulation affects you.

Deregulation is on a positive trend

Though the deregulation process appears to have been a bit of a mixed bag for Texas consumers, the good news is that prices are falling every year, meaning that competition is working in the Texas electricity market

An effective competitive electricity system does not instantly appear after deregulation. It is a long-term process which needs some guidance. Our major recommendation for how to improve the Texas electricity market as it stands today is to: