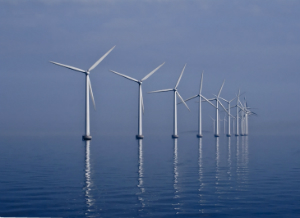 Demand response is growing as an integral component of smart grids, and even making its way into consumer devices like smart thermostats. Read on to learn more about this one way of helping to manage the load on an electric grid, and how it might evolve into something even more integral in the near future.

What is Demand Response?

On wholesale energy markets, prices are determined by supply and demand. As demand increases, electricity providers can increase production at power plants, or even bring new power plants online—leaving the highest cost production for last. This means that as demand for energy increases, price increases as well.

But what if instead of responding to increases in demand by generating new power, the grid were able to shift certain energy consumption to non-peak times? Or to take advantage of intermittent renewable production, like wind and solar? This, in essence, is “demand response,” which can save money on both macro and individual levels, help with energy conservation, and equalize load on power grids, making them more convenable to alternative energy production.

How Does Demand Response Work?

Because bringing new generation capacity online can be expensive, it is often cost effective for utilities to cut deals with their commercial and industrial clients, paying them to reduce and shift usage during times of peak energy consumption. Traditionally, they do this by cycling air conditioning and heating, pumps, and other non-essential ways that buildings use energy.

Recently, automatic demand response from consumer appliances and in residential homes has been made possible, and is sure to grow as the “internet of things” develops. Smart thermostats give consumers the choice to allow communication between their devices and their utilities, who can then automatically adjust temperatures and function to cut energy use during high demand periods and shift it to lower demand—and lower cost—ones.

Although the energy system as a whole benefits no matter what, individual consumers will need a smart meter in order to really see savings for themselves. That’s because traditional meters track your usage, against which an average price is applied at the end of the month. Smart meters, on the other hand, are able to track your energy usage in conjunction with the market price at the time you used energy—allowing you to save money if you consume energy when rates are lower.

So now you know what demand response is, and a little bit about how it works, let’s have a thought experiment about what role it might play as part of a smart grid sometime in our near to mid future:

Red sky at night, sailors delight. Red sky at morning, sailors take warning. Crimson light glints and breaks onto the spinning blades of the wind turbines. They stand stalwart amid the lapping waves of vast Lake Erie, pointed northwest, on guard against Canada. Or at least, against the perennial spring invasion of mayflies—“Canadian soldiers,” as they are locally known. Much of Cleveland still sleeps, dreams turned to Bronny James, prodigy son of the “King,” who two decades ago had lead the Cavaliers to victory in the NBA Finals, sparking subsequent wins by the Indians and then the Browns for a triple crown of championships. Piercing the dreaded curse’s veil. (Hey, I’m from Cleveland. Our hope lives on, our dream will never die--ok?).

The night had been still, until a frigid Canadian wind swept the lake until in the littlest hours of dawn. And now, turbines turned and energy surged into the grid, prompting grid managers and the systems global programming to switch home and commercial batteries, and electric cars, to charge, and adjusting thermostats upwards to ward off the morning chill of a still-lingering winter.

As the city begins to wake, lights flick on, toasters are stuffed with bread, rushing drops of hot water pitter patter on cold skin, steam clouds mirrors, silence ends. Demand rises, and prices tick upwards. But because the supply of renewable wind energy is strong, the system allows the small increase in price, and continues to charge batteries and cars, while adjusting thermostats slightly down to equalize the load on the grid.

With the rising sun, distributed solar power generation kicks in, keeping supply high, and prices low throughout the afternoon. It’s sunny for a while, before clouding over and beginning to drizzle—this is Cleveland, after all. At 5:00 PM, Martin pulls his all-electric Chevy Bolt into his garage. He plugs it in, unloads the Great Lakes Brewery Burning River Pale Ale from his trunk, and carries them inside to chill them before the game begins.

As the wind dies down, the turbine blades slow in unison, the grid reverses, pulling energy now from parked cars, and home battery walls. Macy, on vacation in Florida, looks at her smartphone energy management app. Their home shuttered, their home solar system has been producing energy all day, and their storage batteries are now selling energy back into the grid as prices climb towards peak demand. She smiles at the $54 account credit she has accumulated so far.

The city is awake, its metaphorical energy directed towards the illuminated “Q” basketball stadium. Commercial buildings shut down air circulation, put elevators on sleep, and idle other non-essential functions. Parts of the city go quiet so that its whole heart can remain electrified.

Inside the Q, in the glare of a thousand lights, James wins the tip-off. Confidently, he dribbles forward. Spins, stops, pauses, looks. Shoots.

We’re not quite there yet, but demand response is here, and real, and already saving money. In fact, a study from Carnegie Mellon University estimated that shifting consumption by 1% during peak hours would save the United States $3.9 billion, and 10% would save anywhere between $8-28 billion.

So, someday soon for energy savings. (And maybe even for Cleveland sports).