How did energy deregulation happen in New York?

New York was one of the first US states to deregulate its electricity and gas markets. But why did lawmakers pursue deregulation, and what improvements have been made for New York consumers?

Why Electricity and Gas Deregulation? 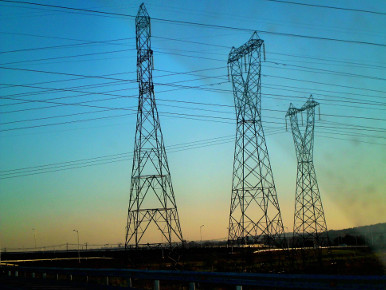 Previously, local energy utility companies in the United States were monopolistic. This meant that utilities took care of all aspects of energy supply - from production or processing, to delivery to consumers' homes. Energy infrastructure was expensive to build and maintain. With monopolies, companies would have the incentive to build  necessary infrastructure - benefits would pay off to only them.

The government figured a monopoly in this public good would serve a good purpose - everyone would have access to electricity and natural gas service if companies were willing to take on these costs.

The state also regulated electricity and gas, in order to keep prices reasonable.

Before energy choice, a resident's location determined which company was in charge of providing their energy. The lack of competition between energy providers eventually led to inefficient and expensive electricity and gas service.

Deregulation is the process by which legal barriers to economic competition are removed. For example, by allowing new companies to enter into the energy retail market, competition increases and companies must distinguish themselves to stay in business. This improves prices and service.

As large American industries like telecommunications and airlines began to deregulate in the 1980s, some lawmakers called for deregulation in energy as the next logical step.

How Did it Happen in New York?

New York was hit with sweeping blackouts in 1965. Many blamed New York's electricity grid for the blackouts - it was outdated and not equipped to handle fluctuating demand.

Though improvements were made to grid capacity and infrastructure on national and local levels, electricity prices in New York remained among the highest in the country by the early 1990s.

The first step of New York's deregulation was to allow Independent Power Producers (IPPs) to enter the market. IPPs are independent businesses that produce and sell electricity, taking some market power away from local utilities. With IPPs, electricity was sold to utilities at the lowest price.

Inefficient electricity companies would be forced to renew their infrastructure with the entrance of IPPs, or they would become bankrupt. It was expected that in all states where this was put in place, competition would lead electricity prices to decline, as well as the number of blackouts.

As the public demand for deregulation was building, the New York Public Service Commission (PSC) passed Competitive Opportunities Case legislation in 1996 to open up residential energy markets to competition. The New York state legislation had the goal of a competitive wholesale market by 1997 and a competitive retail market by 1998. All utility companies were required to restructure in order to enable these changes.

NYPSC's Competitive Opportunities Case (COC) looked to dismantle two types of energy monopolies. Competition between energy suppliers fought Horizontal Monopolies, or a monopoly of a company on a customer base. To combat Vertical Monopolies, where utilities hold unfair advantage by controlling both the transmission and the generation of energy, COC required local utilities to deliver proposals on how they would cede some of their market power. For a lot of utility companies, this included divesting from energy generation facilities.

All restructuring plans were submitted to and approved by the NYPSC.

Electric and gas competition began with pilot programs for large power users, including farmers and food processors in 1997. Utilities began to phase in competition with the "Power Pick" pilot program in 1998, and most consumers could choose their own provider by the early- to mid-2000s.

How does Deregulation Work?

Most New York utility companies give customers the freedom to choose an alternative Energy Service Company (ESCO) with the Power to Choose Program. With over 200 alternative ESCO and traditional suppliers in New York state, each supplier competes in order to satisfy consumers. Benefits of choice include more:

Consumers interact directly with their alternative electricity and gas ESCOs, but utility companies are still in charge of distributing power.

Around 24% of New Yorkers have switched to an alternative ESCO electricity supplier. The following electricity utility companies are open to consumer choice in New York state:

New York gas customers can also participate in the Power to Choose program. Gas choice has taken off more slowly than electricity, with 16% of New Yorkers using an alternative gas supplier. However, a growing number of customers are continuing to switch to ESCOs. The following gas utility companies are open to consumer choice in NY state:

Energy deregulation in the state of New York has been considered one of the most successful in the United States. This is due in part to liberalized wholesale electricity markets through the New York Independent System Operator (NYISO), which helps keep prices down on the supply side.

Read more about how deregulation affects you.

Competition is well developed; each New York utility offers at least 7 choices for alternative ESCO electricity and gas suppliers. Electricity prices per kilowatt-hour (kWh) have declined 16% for New Yorkers since deregulation between 1996 and 2004, taking inflation into account. New York's gas prices per therm are near the US average, ranking the 21st most expensive in the country.

Despite gains from deregulation, New York still has a long way to go. With one of the highest prices of electricity in the United States, and even in the Mid-Atlantic region, New York's outdated infrastructure is to blame.

Another large blackout hit New York City in 2003 and brought the grid's vulnerability to light again. It became clear that the state still needed to modernize its energy. New York will be instating sweeping reforms with 2014's Reforming the Energy Vision (REV), which has been praised for its focus on profound innovations in the state's energy generation and delivery systems.

After opening the state's energy markets, many had high hopes for New York's electricity and gas prices. But with outdated and wasteful energy generation and transmission technology, prices are higher than they should be. Fortunately, recent 2014 REV legislation promises to secure deregulation's gains and give New Yorkers price relief through more modern infrastructure.